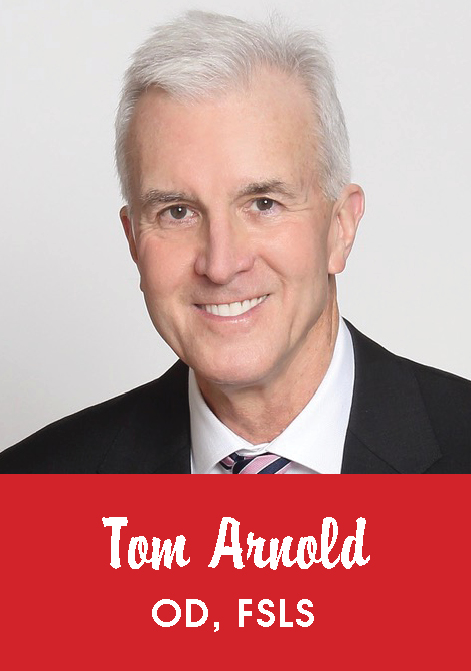 A 45-year-old woman present for a contact lens evaluation.  She had undergone radial keratotomy twenty years before.  Her chief complaints were poor night vision, especially when driving, starbursts, and reading in conditions of low light and dry eyes.

Based on elevation maps from the Oculus Pentacam™ as well as scleral mapping from the Eaglet ESP™ profilometer the following trial lenses were selected:

After examining the trial lenses at the slit-lamp after settling for approximately 30 minutes, modifications were made.

✸ [Note:  CCR stands for “central clearance reduction”. This is Blanchard Lab’s nomenclature for an oblate curve and describes the reduction in central sagittal vault]

The Rx in the left eye incorporated +1.00 sphere of monovision.

Scleral profilometry has generated much interest in recent years.  Several papers have been published describing the highly irregular shape of the majority (66% in one paper by DeNaeyer1, et al) of scleras.  Many of these have asymmetric profiles that may not have regular periodicity (“with-the-rule”; “against-the-rule”).   The Eaglet ESP™ helped us select the initial trial lenses which were close enough to the final RX so that multiple trials were not required.  Thus, chair time was reduced and the patient experience was enhanced.

Upon dispense our patient reported that the lenses were very comfortable.  Best corrected visual acuity was 20/20 OD;OS;OU for both distance and near.

The recommended solutions are Unique pH for cleaning, soaking and conditioning.  LacriPure sterile saline is used to fill the lens bowl.  Both solutions are manufactured by Menicon.  With Hydra-PEG no surfactant cleaners are required.

At the first progress visit after two weeks, the patient reported both great comfort and vision.  Average wearing time was 12+ hours/day.  She said her vision was much clearer and the starbursts much less apparent.  The eyes were less dry, as well. She was extremely pleased.

The final visit of the initial fitting period was six weeks later.  Once again she had no complaints and had increased her average wearing time to 14 hours/day.

Measurements of central vault were recorded with the Zeiss Cirrus OCT.  They were:

These values are well within the recommended range for adequate oxygenation and optimum visual acuity.

The patient was released for another six months. 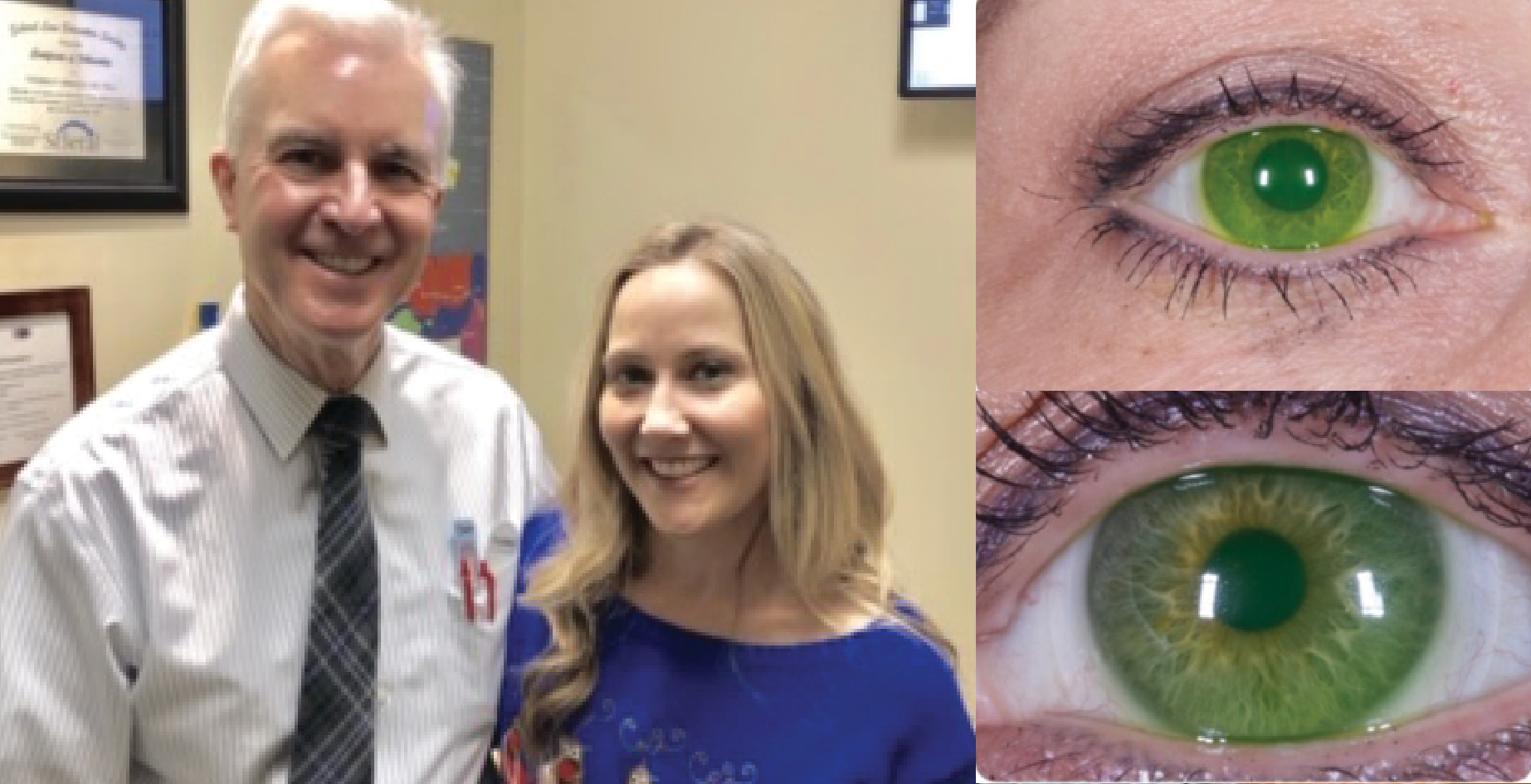 Fitting an oblate cornea especially one with scarring in the case of radial keratotomy can be very challenging.  This is made even more complex when the incisions are irregular, gaping, are opacified or have significant neovascularization.  In the event that the endothelium is damaged (see illustration for another patient), the higher order aberrations created may wreak havoc on acuity and are not ameliorated with traditional scleral lenses. Incorporating wavefront optics may be required but this adds another level of complexity.  In many ways it may be easier to fit patients with keratoconus than post-refractive ectasias.

Fortunately, this patient had none of these complications so the fitting process was straightforward. Scleral contact lenses may truly change lives. 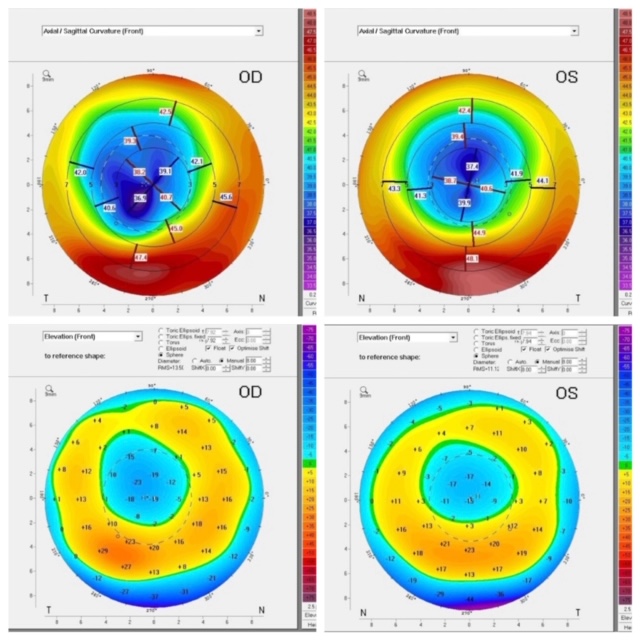 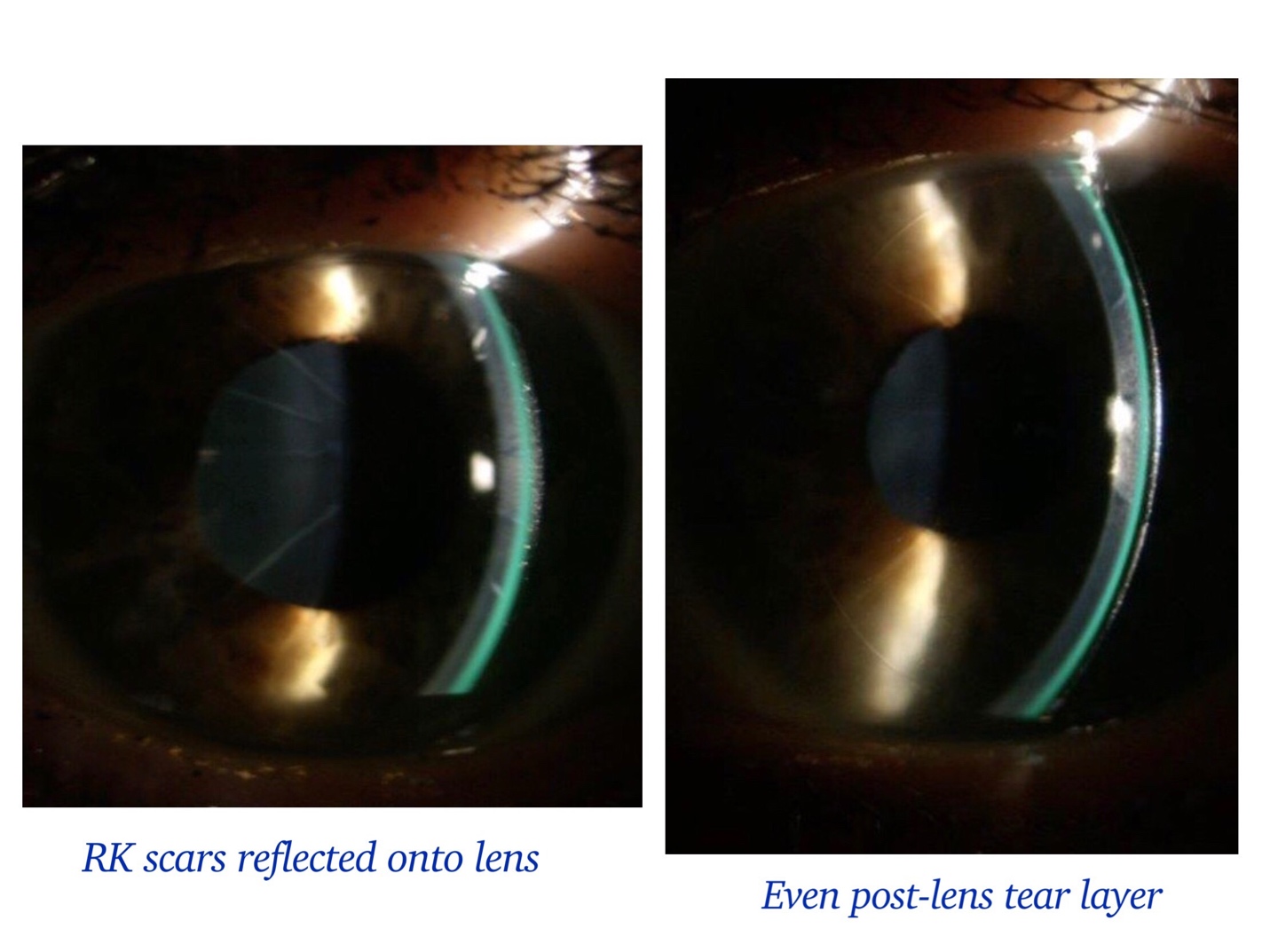 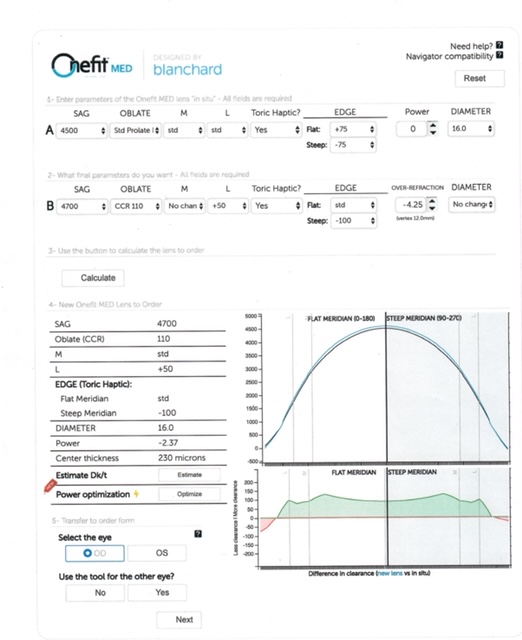