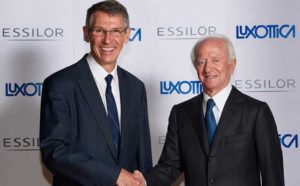 A new giant is born. Essilor has officially become a parent company of Luxottica and was renamed EssilorLuxottica on Monday, 1 October.

The completion of the partnership was announced by Delfin, the majority shareholder of Luxottica, and Essilor International. Coinciding with the announcement, a new visual identity and corporate website for EssilorLuxottica was  launched.

It was also confirmed that a nomination and compensation committee will be briefed before the end of January next year to lead the search for a chief executive officer for EssilorLuxottica.