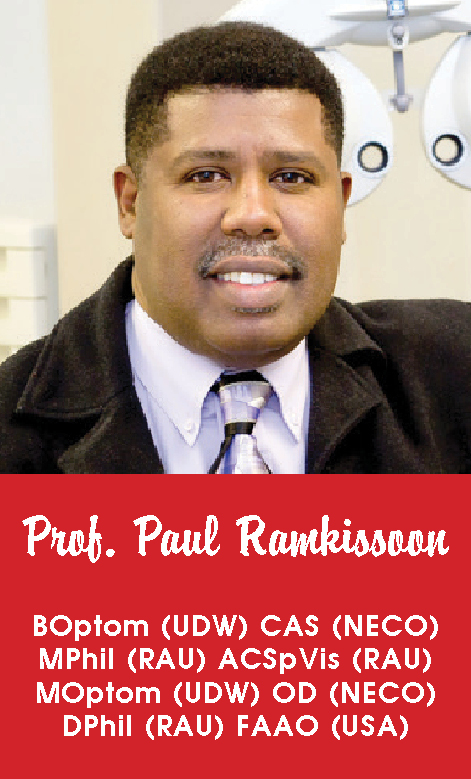 Asteroid hyalosis and synchysis scintillans are two conditions that often get confused because of their physical appearances. This article emphasises the key characteristic features that will help Eye Care Practitioners to differentiate these two conditions.

Asteroid hyalosis is primarily a unilateral degenerative disorder that appears as multiple, discrete, yellow or yellow-white particles (asteroid bodies, Benson’s bodies) suspended within the vitreous humour. Clinically, these opacities are quite refractile, giving the appearance of stars (or asteroids) shining in the night sky, except that ocular asteroids are often quite mobile. This condition is typically asymptomatic, with only the most severe cases causing a mild decrease in visual acuity.

Asteroid hyalosis occurs in patients aged 60 years or older. There is no known race predilection and as far as gender is concerned, men appear to be more frequently affected. In two large population studies, asteroid hyalosis was present in 1% of surveyed people.

Asteroid bodies represent small calcium-laden lipids suspended within and attached to the hyaluronic acid framework of the vitreous body. Chemically, asteroid bodies are made up of hydroxylapatite, which in turn consists of calcium and phosphates or phospholipids. Although we understand the composition of the asteroid bodies, the exact genesis remains unclear. The cause of asteroid hyalosis is unknown, but it has been associated with diabetes mellitus, hypertension, and hypercholesterolemia.

While asteroid hyalosis does not usually severely affect vision, the floating opacities can be quite annoying to the Eye Care Practitioner, and may interfere significantly with the examination of the retina. Asteroid hyalosis changes the optical quality of the vitreous and can cause an erroneous reading from automated technologies such as autorefraction, A-scan ultrasonography, axial length measurements, and intraocular lens power calculations. Asteroid bodies also inhibit the ability to visualise fundus details. It has been documented that silicone intraocular lenses can calcify when implanted in eyes with asteroid hyalosis, making silicone an unacceptable material choice for these subjects. Fortunately, there are options for fundus examinations in cases in which dense asteroid hyalosis obscures ophthalmoscopic views. Fluorescein angiography optically allows detailed angiographic evaluation despite dense asteroid hyalosis. Additionally, optical coherence tomography permits anatomic visualisation and detection of maculopathies, in spite of dense asteroid hyalosis. While treatment of asteroid hyalosis is usually unnecessary, pars plana vitrectomy is considered if vision is markedly reduced.

Synchysis scintillans is seen in a younger age group compared to asteroid hyalosis. There is no race or sex predilection. They also exhibit a bilateral presentation. Synchisis scintillans is an extremely rare condition that occurs in severely diseased eyes.

Synchysis scintillans is associated with the advanced stages of diabetic retinopathy, but the exact pathogenesis is unknown. Synchysis scintillans may occur after chronic uveitis, chronic or recurring vitreous haemorrhage or trauma. Crystal-like opacities may be observed in the vitreous as the bulk haemorrhage dissipates, or they may appear as flat, freely mobile, brown-white, refractile bodies in the anterior chamber.

Chemical studies demonstrate the presence of cholesterol crystals in these opacities, hence the condition is sometimes referred to as cholesterolosis bulbi. Synchysis scintillans is usually noted in the vitreous cavity, but there are reported cases of anterior chamber synchysis scintillans due to lens subluxation and anterior mobilisation of the vitreous through the pupillary area. The condition is also seen in degenerating eyes before the onset of phthisis bulbi.

Uveitis or vascular work-up may be required to rule out either active or lingering inflammation, which can produce vitritis. Because vitreous haemorrhage is associated with degenerative processes that can raise intraocular pressure, patients must also be monitored for glaucoma. With the exception of pars plana vitrectomy for cases with poor visual outcome, there is no effective management option for this condition.

Asteroid hyalosis and synchysis scintillans are uncommon conditions. Asteroid hyalosis has been reported to have an association in patients with diabetes mellitus and to a lesser extent with systemic arterial hypertension and atherosclerotic vascular disease.
Synchysis scintillans is often associated with previous or chronic vitreous haemorrhage secondary to neovascularisation or trauma.