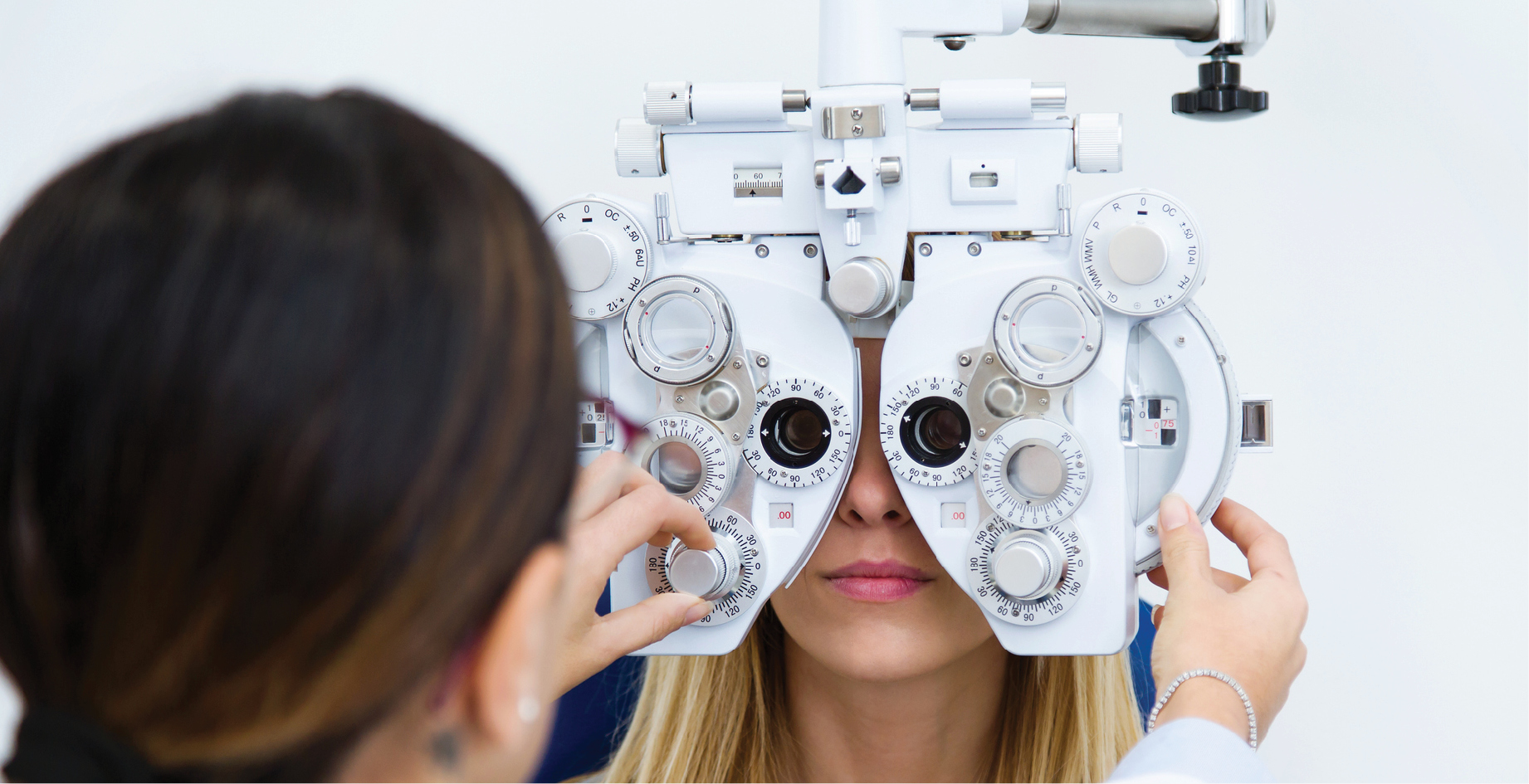 According to SA Statistics, only 14,6 % of South Africans wear a visual correction of some sort. I have been intrigued by this statistic for more than twenty years. During the nineties, Standard Optical commissioned Markinor to research the optical market. Their finding was that only 18% of our population wears spectacles or contact lenses. Around 2004, I was lucky enough to meet Barbara Cooke at a wedding which resulted in me getting my hands on statistics from The Brand Survey Company SA Pty, which showed a similar number. More recently, the SA Stats number was confirmed by survey results kindly supplied to me by Maria Petousis and Chris Kriel from Target Group Index. Whichever way you look at it, these sources all confirmed that the number of spectacle and contact lens wearers in South Africa is absurdly low, considering that the global incidence of refractive error has been widely reported to be more than fifty percent. The rapid increase in myopia worldwide would have pushed the global incidence of refractive error even higher.

Why is this number so low? As far as I can see, there are four possible reasons.

I believe the public’s general understanding of the merits of regular eye exams is not very good. The overwhelming attitude is still likely to be: “If I can see I don’t need an eye test.” The potential to increase public awareness is massive, which, in turn, will translate into more business for optometrists. Imagine if one could raise the number from 14,6% to 30%. It will have a profound impact on the optometric industry.

I am not aware of statistics that could reflect how accessible eye care is to the average South African. However, one would suspect that with the demographics of the South African population at large, this must be an issue, at least in remote rural areas. Assumptions are dangerous and therefore a well-constructed research project is required to reveal the truth. There are 3 967 optometrists (2 436 female and 1 531 male) registered with the HPCSA. This does not mean all of them are practicing. Many would have retired from the profession for one reason or another or only work part-time. The fact of the matter is, we don’t really have accurate numbers on practices, owners, locums, or employed optometrists. Given all the points mentioned above, it is unlikely that SA has a shortage of optometrists, although it could be argued that more optometrists are required in public service.

The Quarterly Employment Statistics for Q4 2019 by SA Stats, shows what workers are getting paid across the various sectors in the country. The data shows that the average monthly earnings paid to employees in the formal, non-agricultural sector were R22,500 per month. Salaries in South Africa range from R7,880  per month (minimum salary) to R139,000 per month (maximum average salary, the actual maximum is higher). The average number can thus distort the true state of affairs.

The median salary is R29,900 per month, which means that half (50%) of the population are earning less than R29,900 while the other half are earning more than R29,900. The median represents the middle salary value and perhaps gives a better perspective. Be it as it may, personally, I was surprised by how high the average and median salary values are, given that SA is a third world country. So how does one bring to a meaningful conclusion, whether eye care is within reach of most South Africans? Factors at play will be the range of cost of spectacles, demographics, public optometric service delivery, access to medical insurance, and so on. It would be a complex and probably largely unattainable task, but again, I would speculate that it must be a contributing factor as to why we have such a low percentage of spectacle wearers in SA.

Just to complicate matters even further, unemployment will have a huge bearing on statistics, going hand in hand with affordability. SA Stats announced the third quarter 2020 unemployment rate in November as 29,1%. This does not mean that the balance, being 70,9%, is gainfully employed. There is a huge chunk of the population which is not economically active – 15 474 000 according to SA Stats. The labour force participation rate is 59,9% and the employed population ratio is 42,4 % which converts to 25 440 000 employed people in SA. All of this is inclined to make one’s head spin but safe to say it certainly forms part of the puzzle in trying to make sense of the size of the optometric market.

The labour force participation rate is 59,9% and the employed population ratio is 42,4 % which converts to 25 440 000 employed people in SA. All of this is inclined to make one’s head spin but safe to say it certainly forms part of the puzzle in trying to make sense of the size of the optometric market.

From the above, the only clear thing is that determining the exact number of patients available in the optometric market is challenging, if not impossible, given the numerous variables in the equation. However, the ignorance factor mentioned above is one that can easily be tested and monitored. Moreover, it would be possible to launch a powerful awareness campaign with relatively low capital investment, but with a very good Return On Investment.

Let me try to put this in perspective by crunching some numbers.

First, we must acknowledge what I call the optometry sieve. Our market potential needs to be subjected to these numbers (the sieve) to reach the true state of affairs.

This leads to the following calculation:

South Africa’s mid-year population is estimated to have increased to 59,62 million in 2020, according to the report released by Statistics South Africa. I’ll round it off to 60 million.

There are 3967 registered optometrists in SA, but let’s assume that there are 2500 practices. This will convert to 146 patients per month or 5,6 patients per day for each practice. Of course, some optometrists will be very busy whilst others will be picking up the scraps. It would be safe to say that all optometrists should be capable of seeing double this number of patients. The problem is thus not a shortage of optometrists.

Looking at it from a medical aid perspective, it will look like this:

Now we have only 731 460 medical aid patients in the basket. This converts to a scary 292 patients per optometrist per year or 24 patients per month, which converts to less than 1 per day. Somehow, this does not seem realistic, yet the basis of the calculation is sound. Bear in mind, a relatively small percentage of optometrists will probably capture the bulk of this work. In theory, this is the number of medical aid patients available to optometrists annually.

How it can work

The advent of digital marketing through social media platforms has been a game-changer. What would have cost millions of Rands using conventional above-the-line advertising, can now be done for a fraction of the cost with digital marketing. For instance, a budget of R100 000 per month could be very successful in raising the awareness of eye care in South Africa. In America, the AOA and Vision Council boasts incredible results with their campaign called Think about your eyes. The potential to do just that is much greater here in SA because of the low base we would start from.

To reach an idea of how a meaningful national campaign can be funded, let’s make some estimates. My educated guess is that  R100 000 per month will allow the campaign to reach millions of South Africans. But, let’s double that amount and make our estimate R200 000 which will give a much bigger reach, but also cover administration and research costs.

So here it is: As an optometrist, you can invest in your industry at a mere R100 per month with every chance of growing it. Imagine if the percentage of spectacle and contact lens wearers can be raised to 30%! It would have doubled our industry!

The way the Americans did it with Think about your eyes, was to demystify ocular disorders and eye disease on a national scale. There were no special offers made, it was just about educating the public. Optometrists who contributed to the campaign were included in a practice locator on the web site so that patients could find them. Demystifying ocular disorders and eye disease is what Vision Magazine has been doing for a long time, but not on a scale big enough to have a meaningful impact.

What would it take to get South African optometrists to hold hands and get a campaign such as this off the ground?