Want to take the CPD quiz? Once you are ready, you can enroll below. Good luck!

You can enroll in this course from your student dashboard. You need to be logged in. 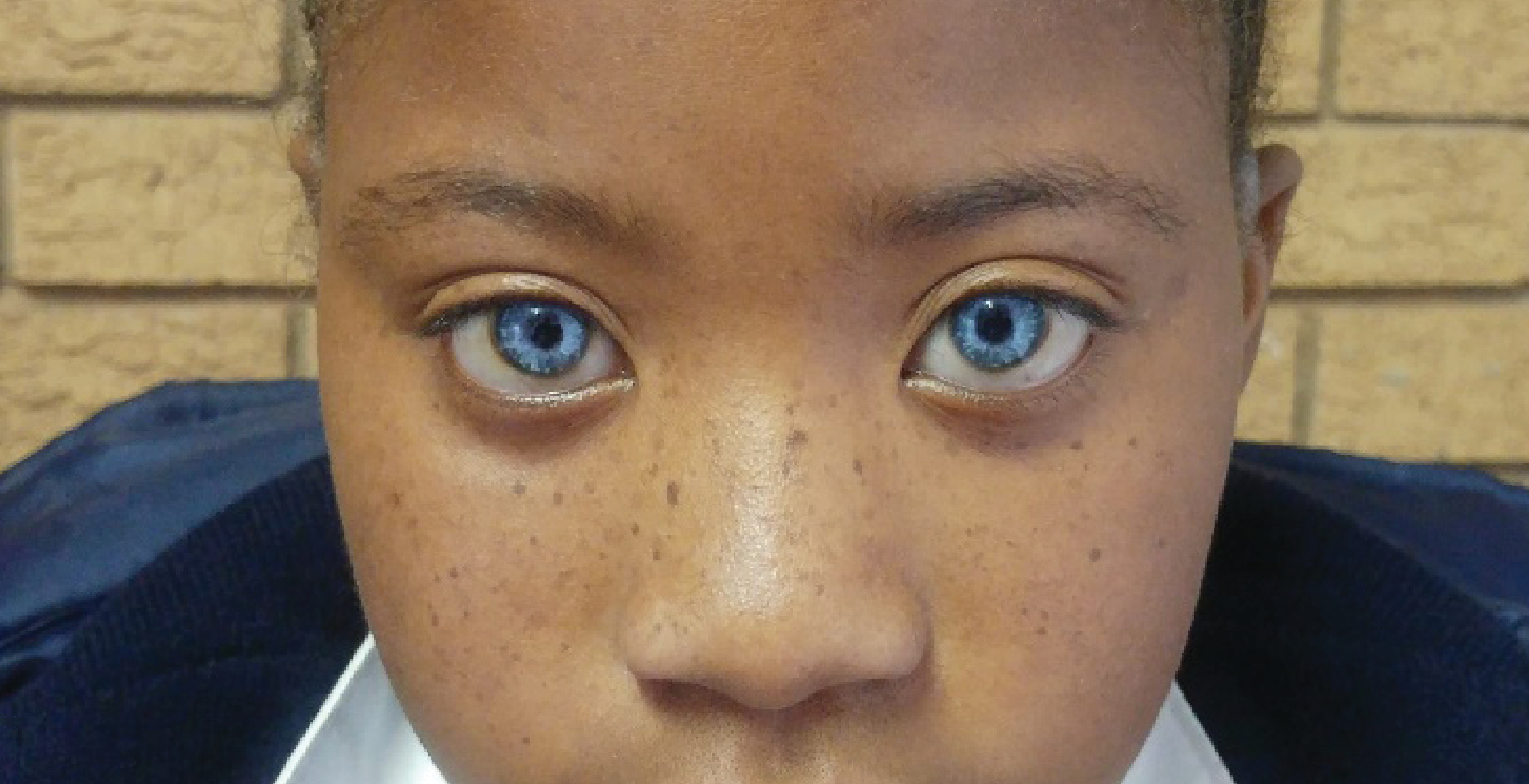 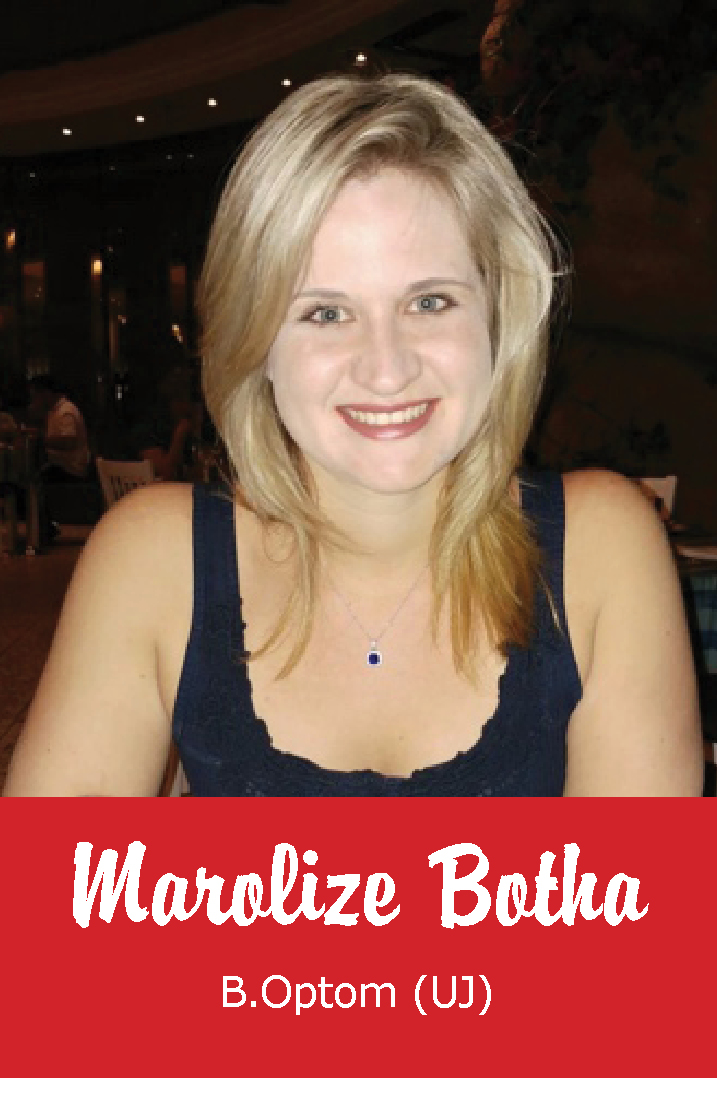 A 12 Year old African female presented at a school screening. She attends a school for learners with special educative needs (LSEN). She has hearing aids in both her ears, but communicates normally. She previously wore spectacles but lost them. She struggles to see both at distance and near. Furthermore, it was noted the young lady has brilliant blue eyes, and she is the only one in her family who has blue eyes. Telecanthus and a small patch of white hair were noted at the back of her head.

Waardenburg syndrome was first reported in 1916 by Dutch Ophthalmologist Jan van der Hoeve. Van der Hoeve described twin girls who were deaf and presented with a type of blepharophimosis syndrome. Nearly 30 years later similar physical features were described by Dr Petrus J Waardenburg in a male patient who also was deaf and mute. Waardenburg initially found it coincidental that both the twins and the older gentleman presented with auditory abnormalities, but it was not until 1951 when David Klein presented a similar case of blepharophimosis with hearing impairments to Waardenburg that the condition was classified as Waardenburg Syndrome (WS) (Read and Newton, 1997).

Individuals affected with the condition may present with several different physical features based on the type and severity of the syndrome (Table 1). Most often, affected individuals have brilliant blue eyes and a patch of silver or grey hair. The other most common feature is hearing deficiencies.

Melanocytes are derived from the neural crest and play a major role in the skin’s pigmentation system. Each melanocyte makes contact with 30-40 keratinocytes; this connection allows melanin to be transferred to the keratinocytes and determines skin colour providing protection against Ultraviolet radiation.  Skin colour is not determined by the amount of melanocytes, but rather their level of activity (Tsatmali et al., 2002). This also explains the brilliant blue eyes individuals with WS present with. The colour of the iris is dependent on the amount of melanin present. Lighter eye colours occur because there is less melanin pigment present.

*Neurological abnormalities may include mental retardation and Cerebellar Ataxia/ Spastically

Table 1: A summary of different physical features which may be present in the four different types of WS.

Melanocytes are not only melanin-producing cells but have many physiological functions in the body. A correlation between pigmentation and hearing was first hypothesised by Darwin in 1859. Darwin noted in a batch of kittens born, the white kittens were all deaf and the kittens with normal pigment had normal hearing. Furthermore, he noted all young kittens have blue eyes which later may change color. He also noted one kitten, which appeared deaf with blue eyes, later developed hearing and pigmentation (Ghiselin, 2003) (Read and Newton, 1997). All types of WS and their symptoms confirm Darwin’s observations.

The optimal functioning of the cochlea is not dependent on melanin, but rather the presence of melanocytes. In the development of the ear, different cell types are derived from the neural crest; most importantly for WS, there is a deficiency in the development of melanocytes of the cochlea and a portion of the otic capsule of the ear leading to hearing deficiencies (Sandell, 2014).  This explains why individuals with albinism do not have hearing loss as they have a normal amount of melanocytes, but have a deficiency in the production and/ or distribution of melanin (Grønskov et al., 2007).

In 70% of WS cases the hearing loss is progressive, may be unilateral, and may be asymmetrical (Pingault et al., 2010).

Dystopia canthorum occurs when the nose bridge appears underdeveloped due to lateral displacement of the inner cantus. Not only the inner canthal distance, but also the inter-pupillary distance and the outer canthal distance are larger than normal. This feature is the most reliable diagnostic criterion for WS I and is present in 99% of WS I cases (Read and Newton, 1997); it may also present in WS III and WS IV (Pingault et al., 2010).

A white forelock can be expected in 20-40% of WS patients. Often these patients experience poliosis, and complete graying of hair before the age of 30 years (Flores-Sarnat, 2003).

Synophrys is the medical term for a unibrow or monobrow, often seen in patients with WS I (Pardono et al., 2003) (Flores-Sarnat, 2003).

Hypopigmentation of the Iris / Heterochromia

Hypopigmentation of the iris is one of the easiest signs to identify in patients of African descent.  Most often patients with WS present with brilliant blue eyes. The hypopigmentation may be complete or partial. Heterochromia can also occur (Flores-Sarnat, 2003).

Camptodactyly refers to one or more of the fingers being permanently bent, and is usually only present in WS III (Faivre and Vekemans, 2005b).

This condition affects the large intestine, leading to constipation.

This refers to weakness or numbness in the hand and the feet due to nerve damage and is most often noticed in WS IV.

Identifying the type of WS your patient presents with is best done through genetic mapping, but several diagnostic criteria have been proposed to help the clinician.

WS I is diagnosed in the presence of two major criteria, or 1 major and 2 minor criteria.

WS III is diagnosed when the patient has the same criteria as WS I, but also has musculoskeletal abnormalities.

WS IV is diagnosed when the patient has the same criteria as WS I, but also suffers from Hirchsprung disease.

Read and Newton (1997) used a similar criteria, but included the W index, derived in 1978 by Arias and Motta (Pardono et al., 2003), and is used to determine the presence of dystopia canthorum. This numerical value is determined by making use of indices such as inner canthal (label a, figure 2), inter-pupillary (label b, figure 2) and outer canthal distances (label c, figure 2). If the average W-value for all affected members is ≥1.95 it suggests that WS I is present.

To calculate the w-value one can either make use of the following formulae (Formula 1 – 3), or download the w-index Waardenburg calculator at http://utysotabilin.ml/w-index-waardenburg-calculator-download.html. 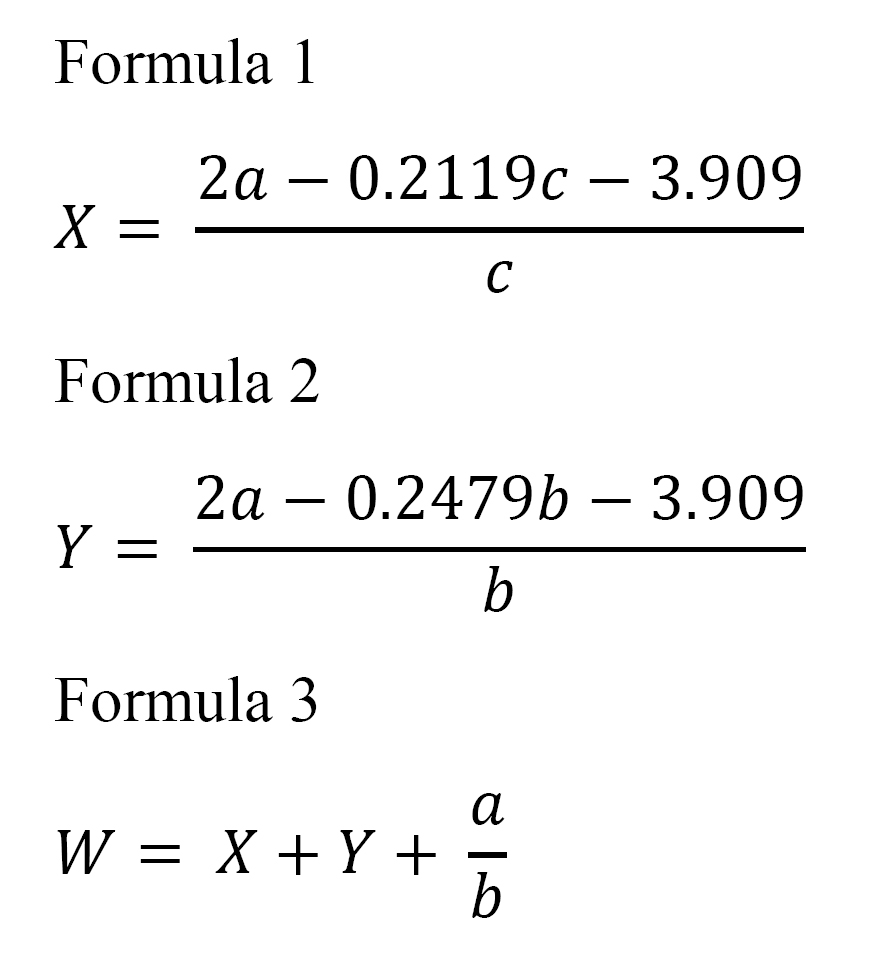 So, what about our case?

It is easy to conclude the young lady has Waardenburg syndrome. By making use of the diagnostic criteria one can attempt to classify the type, but it can only be confirmed by identifying whether there is a modification in one of the genes previously discussed.

By making use of the above-mentioned formulae her w-index is calculated as 2.42. Because she is the only individual in her family with the condition, she certainly has dystopia canthorum.

By placing her signs and symptoms into Table 3 (Figure 4), it is not yet possible to conclude what type she may have.

By applying her signs and symptoms to the criteria explained by Zaman et al, (2015), it can be concluded that she certainly has WS I as she has more than two major criteria.

Even though this young lady has poor vision which can be attributed to hyperopic astigmatism, which may be due to keratoconus (Pentacam® or corneal topography scans need to be done to confirm this), there is little evidence to support that the condition has an effect on vision. However, Flores-Sarnat ( 2003) stated there might be a connection between Glaucoma and WS. In this young lady’s case her vison would probably have been the same even in the absence of WS.

WS is a rare condition affecting 1 in 40 000 individuals, and contributing to 2-3% of congenital hearing loss (Faivre and Vekemans, 2005a). Abnormal cases like these are rare to come across, but certainly keeps the profession interesting. 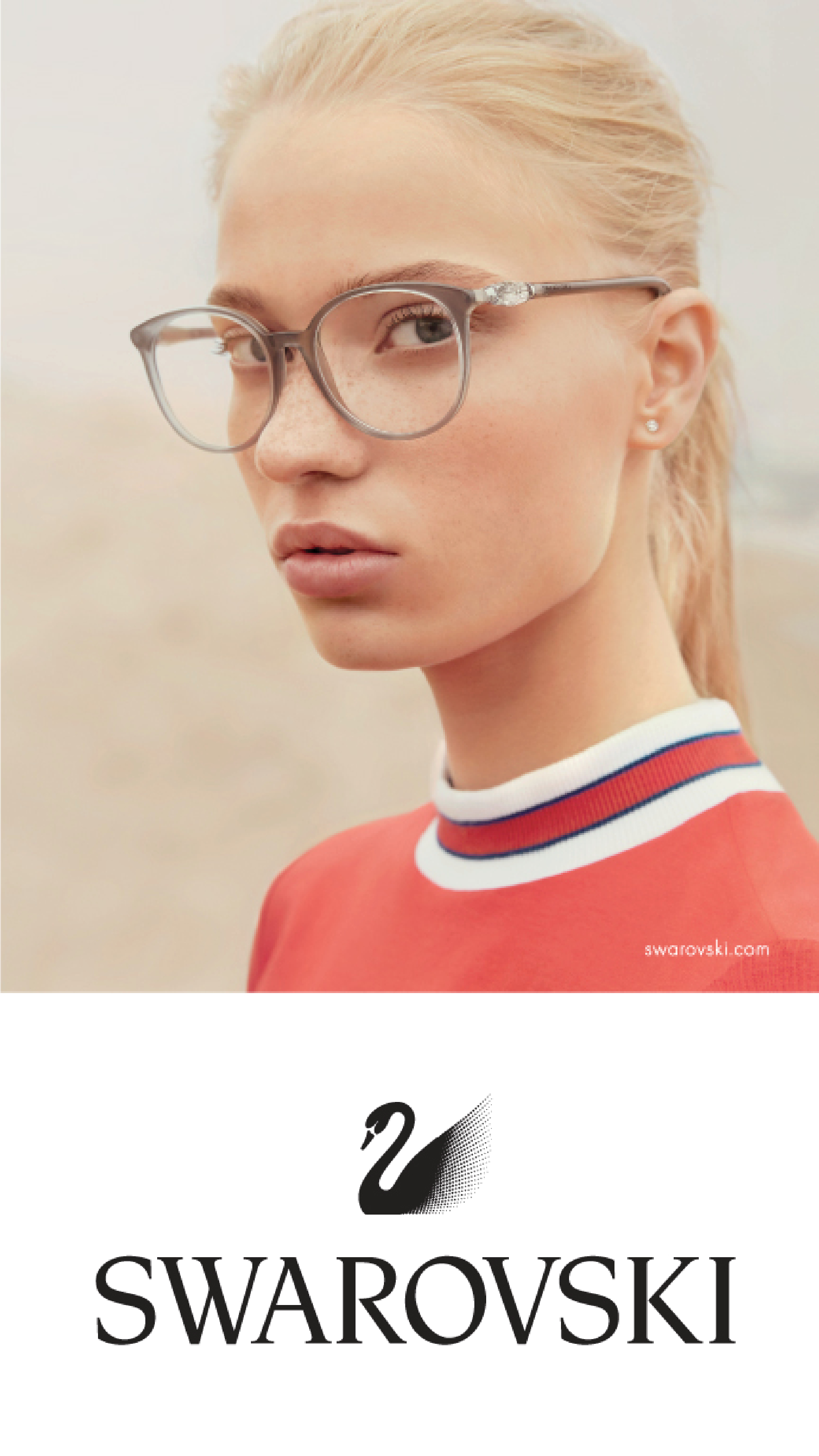 This CPD initiative
is proudly sponsored by
SDM EYEWEAR