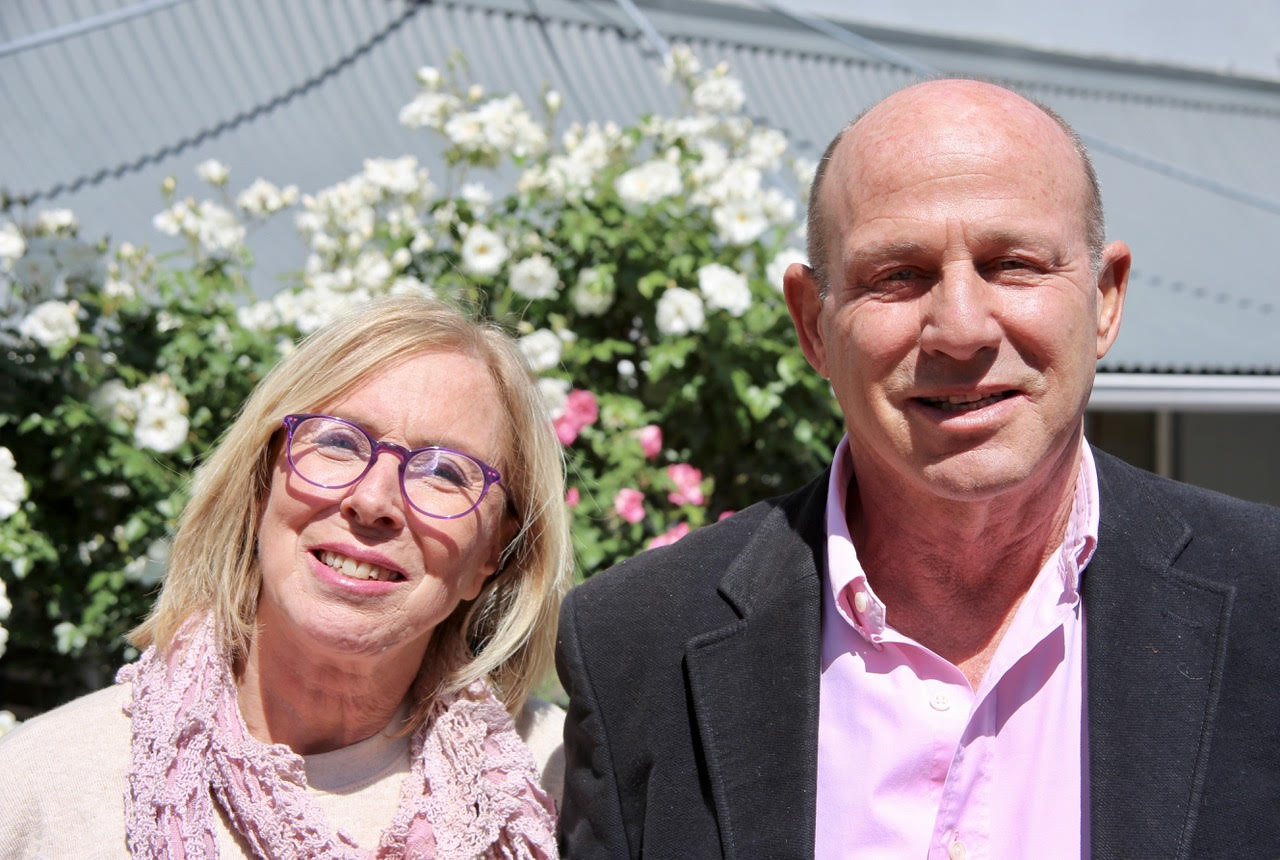 Q: Who were the founders of Moscon Optics?

Q: What were you doing before you bought Moscon?

C – I was in the fashion industry, designing and manufacturing a funky young shirt brand called Ego.

W – I was working in the advertising industry. I made my way from secretarial to creative and eventually as assistant to the creative director for several advertising agencies.

Q: How and when did you acquire the business?

C – During my business travels in Germany with Ego, I came across the Silhouette Brand and was really taken by it. Later on, back in South Africa, the name Silhouette came up, when Monty and Rex decided to emigrate to Australia, and I pounced on the opportunity to acquire the company.This was in 1981. We had a staff of four people and the annual turn-over was R300 000.

Q: Tell us about those early years, when there were several strong optical wholesalers around. Many young optometrists today may never have heard of them.

C –I really enjoyed those early years, because I found an industry open to new ideas and products. I enjoyed engaging with our customers in professional and honourable business relationships. It was a refreshing experience after all my years in the rag trade. The major wholesalers at the time were Hilly Goldberg who owned Standard Optical and the Abrahamson family who owned General Optical, who were largemulti-faceted companies. Then there were the Jacobsen brothers who owned Vista Optical and Zeiss was also a big player. In Cape Town, you had Boy Blankfield who owned Peninsula Optical, which Moscon bought at some point. Although competition was fierce, it was always a friendly environment.

Q: What gave you the break through with Moscon?

C – I had a product in Silhouette that I truly believed in. The brand was innovative and ahead of its time. I had a burning passion to succeed, which stemmed from my love for the industry. Many optometrists were open to our new ideas of marketing and promoting product.

Q: Who are some of the key people you hooked up with on your journey?

C – Over the years, I was fortunate to meet most of the leaders in the optical industry, locally and internationally.  I acquainted many executives from overseas suppliers such as Silhouette, Marchon, Marcolin, as well as from Hong Kong and China. Naturally, there were our customers, the optometrists. I must mention Jurie Groenewald and Nico Pienaar of the Mellin group, with whom I established a close relationship during my early years in the industry. They were instrumental in helping me establish my business and they themselves have made a huge contribution to optometry.

Q: Silhouette became a gem for you, tell us about the brand before and after the boom

C –Silhouette, early on grew from strength to strength, introducing a new material called SPX. It became extremely popular in high fashion lady’s plastic frames. The material was licensed to Silhouette and offered multiple applications in design. The “Minimal Art” (rimless) design, launched Silhouette into a new era. The design sold more units world-wide than any other optical frame in history. Silhouette in my opinion, to this day, is the most technically advanced, comfortable eyewear in the world. It is unique and made to a standard unsurpassed.

Q: What were high lights in your careers?

C – The high light in my career was acquiring the Johnson & Johnson ACUVUE® Brand contact lens distribution rights. The brand dominates the world market and being chosen to distribute it, was a huge lift before my retirement. Of course, having my sons join the business was also a high point.

W – For me the high light was the luxury the business afforded me to travel locally and overseas. It was a joy to meet so many people, optometrists and suppliers alike. I also enjoyed giving seminars to optometrists and dispensers on the technique of selling luxury eyewear.

Q: You have seen many changes in optometry over the years. What were good things and what were bad ones?

C – In the early days it was about mutually beneficial relationships, based on trust. I enjoyed that. On the down side, the industry has become a lot less personal and far more competitive. Having said that, the optical and optometric industries in South Africa, have reached a stage of high sophistication, to the benefit of the consumer.

Q: I seem to remember, you had a connection with the famous seventies South African band, Rabbit – tell us about it?

C –The producer of the band was Patrick van Blerk, who remains a good friend to this day. I was very involved with the band, their touring and recordings. At the time, I ran a denim company called Rich Rags and there was a famous advert of the band wearing Rich Rags. I am still in contact with all of them.

Q: You two are leaving behind a great legacy – who is going to take it forward?

C –  My long-standing partner, Michael Esra and my son Ricky, will continue to steer the ship. Both are highly capable and have been fully in control of the company for some time now. They are backed by senior management in Stan Greenberg and Neil Ibbitson.

Q: What are your future plans?

C – We are moving to Cape Town. I plan to renovate a house per year. That is something I really enjoy doing. I will play a lot more golf and do some boating. I also enjoy cooking and travelling will be on the cards.

W – I look forward to walking my dogs on the promenade. My passions are art and yoga which I will continue to pursue. I will enjoy time with family and friends and take in the beauty of Cape Town.

Ed – We wish both of you everything of the best in Cape Town.